Geology of the region

About 500 million years ago, when plants first grew on land, most of Victoria was under a deep sea. Not long after, geologically speaking around 440 and 420 million years ago, a major period of mountain building took place and a lot of the Gippsland became dry land.

The Gippsland Lakes coastline that we know today has been shaped during the last million years and it is still continually changing (dynamic).

As the sea retreated, it deposited sandy barriers that now separate the Gippsland Lakes from the sea. Generally three barriers are recognised. The outer barrier lies on the south side of the Lakes, its seaward side is better known as the Ninety Mile Beach. An inner barrier lies north of Lake Reeve and a prior barrier forms the northern edge of the lakes system.

The barriers are kept largely in place by a cover of scrub, woodland and heath vegetation. Generally, these barriers are low in height, less than 10m above sea level. There are some exceptions where summits are higher than 30m.

Before the artificial entrance was cut, river floods would build up the level of the lakes until water spilt out across a low-lying section of the outer barrier. In dry weather, low river flow and high evaporation lowered the lake level and the outlet would become sealed by sand deposition. 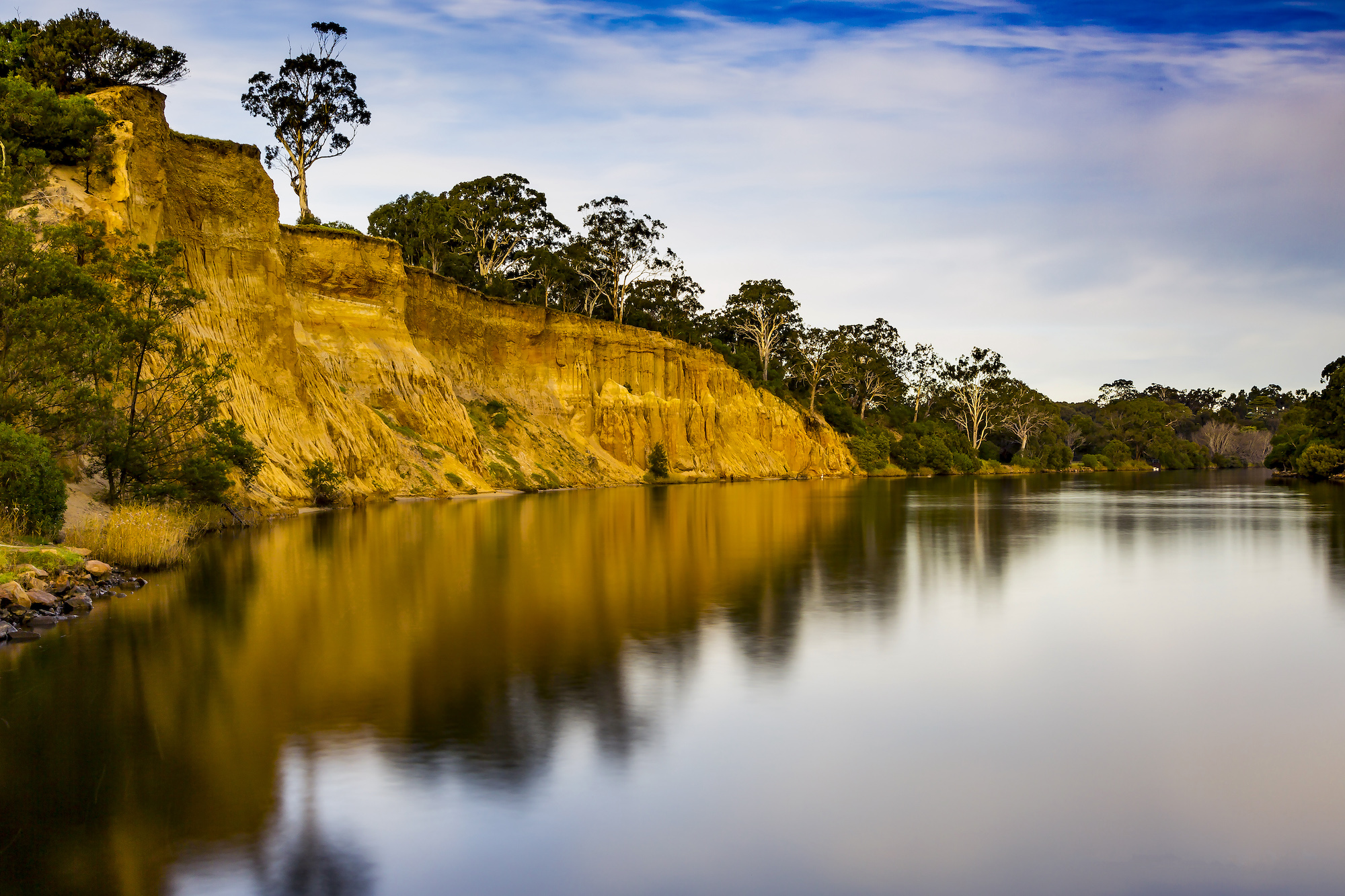