Little Terns and Fairy Terns are both listed as threatened species under the Flora and Fauna Guarantees Act (1988) in Victoria.

The Gippsland Lakes provide the terns with breeding grounds and food sources, creating a unique opportunity for people to experience the tern breeding season. Protecting tern habitat will help improve the breeding potential for both species of terns and ensure these significant birds continue to flock to the Gippsland Lakes.

Important breeding sites for terns include:

Other important sites, where birds rest and feed in preparation for their migratory departure include:

Late October is particularly crucial, as birds are looking for appropriate breeding sites and any disturbance at this point in the cycle is likely to displace birds from potential sites, and possibly from their purpose.

From late January onwards, fledglings dominate the breeding sites and disturbance issues are less critical as birds can fly to avoid risk factors. However, this time of year is still important as fledglings, non-breeders and post-breeding adults are all feeding relentlessly to build energy and fat stores for their departure and long migratory journeys to the northern hemisphere.

More about this project

The aims of this project are to:

Little Terns are listed as threatened under the Flora and Fauna Guarantee Act (1988) in Victoria and listed under the EPBC Act as migratory species protected by several agreements (including CAMBA, JAMBA and ROKAMBA and Bonn and Ramsar Conventions.)

There is a commitment to the conservation of the terns’ habitat through the East Asian – Australasian Flyway Partnership.

Fairy Tern are listed as threatened under the Flora and Fauna Guarantee Act (1988) in Victoria and listed under the EPBC Act as vulnerable.

The Gippsland Lakes environment provides ideal breeding sites and food source for the terns. The timing of arrival, breeding and departure varies a little between the two species, so there is a need to ensure that that the full extent of the breeding season for both species is accommodated.

What can you do? 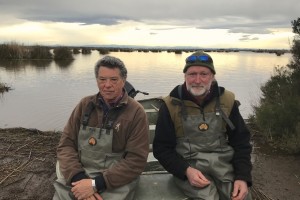 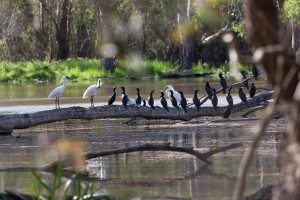 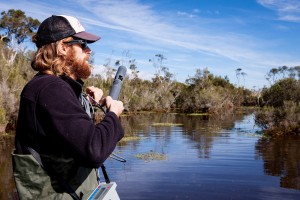